Justin Trudeau, Andrew Scheer, or what?  One thing's pretty certain, Canada is almost as split as the USA on today's political landscape.

Ever since Canada's "right" got united there has been been consistent cracks in the foundation of of the Conservative party.  I don't say it as a criticism, but rather an observation.  The combination of Maxime Bernier's People's Party of Canada and the reboot of the Bloc Quebecois makes it unlikely that the province of Quebec will carry Scheer and friends to a majority win.

For those that remember the basics of Canadian federalism - when you can take Quebec and Ontario, you generally take the country.

Of course the real question will be, can Justin Trudeau take Ontario and Quebec, or will the Maritimes and the far West power him back to a majority, or minority government?

I don't have to remind you that the last united right that included Quebec was under good ole Brian Mulroney.  That was, or course after Preston Manning's 20 year destruction of Pan Canadian Conservatism through the advent of the Reform Party of Canada.  Preston was the wedge that drove the Progressive Conservatives into the ground while simultaneously paving the way for Jean Chretien's Liberals to lead for much longer than they should have been in power.

All of that aside, how do you think the 2019 Federal Election will effect Canadian municipalities?  There's no easy answer.  Regardless of the campaign promises municipalities come in various shapes and even more so, the only thing that Federal governments have done comes in the form of the Gas Tax and Cannabis tax revenue allocations to municipalities.  Will there be a big difference if you vote for Blue, Red, Orange, Green, or Purple?  Not likely.

The only way that you will see significant innovation in the approach to federal / municipal relations will be if there's a minority government whose hinge party (ie. the Greens, or the NDP) carries enough sway to dedicate one item to the municipal sphere, otherwise it will be business as usual.

At the end of the day, municipalities are creatures of their provinces and unless the federal government swings major funding to municipalities - that is tied to provincial coffers, don't expect to see much more change than what you've seen in the past.  Practically nothing, as it should be. 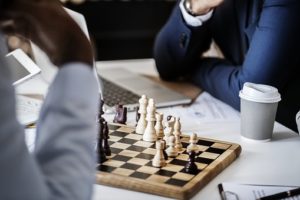